Operated from 1977 to 1984, the Shlaes Beer Sign Museum was located in Long Grove, Illinois.  It was equipped with a total of 36 electrical outlets, and accounted for more than half the home's electrical consumption.  Four neon signs came from a bar called The Mirage, which had been operated by the Better Government Association as a sting operation for corrupt inspectors.

Many of its signs are displayed once a year in an exhibition known as the Beer Swap Meet, or Fiesta Cerveza.  This is by invitation only.

This pinhole picture was taken with a blue Partridge Family lunchbox camera, shot on sheet film that I got from Bob M., and contact printed to Ilford paper.  I tinted it with Kai's Photo Soap.  (A software package, not a dye.) 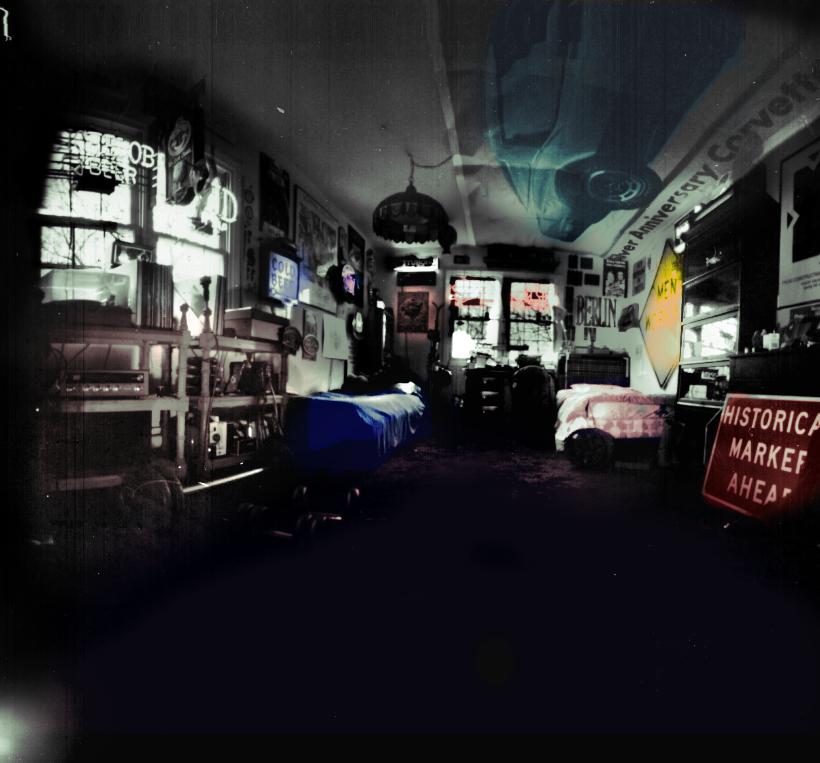